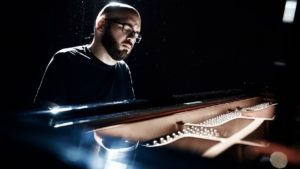 The main musical manifestation of Beethoven’s love of nature is his Sixth Symphony. It is his most direct symphonic example of programme music. The leisurely opening Awakening of Cheerful Feeling upon Arriving in the Country is followed by a Scene by the Brook which unfolds with aptly flowing grace, accompanied by the birdsong of a nightingale, quail and cuckoo. The Merry Assembly of Country Folk have their dancing interrupted by a violent thunderstorm, but soon the opening mood of serenity is restored by the final, uplifting Shepherds’ Song of Thanksgiving.

Beethoven’s unorthodox Fourth Piano Concerto, opening with the unaccompanied soloist, is a thrilling dialogue between piano and orchestra which sees the argument eventually being won by the piano before hurling headlong into the joyful, boisterous finale. It once and for all shakes itself loose from the constraints of the 18th century. Virtuosity no longer concerns Beethoven at all; his artistic aim here is the expression of deeply poetic and introspective thoughts.

The overture to Don Giovanni provides more than a hint of the drama to follow with its ominous opening before the music hurries off with the exuberance, vitality and virility of the Don himself.

If you have any queries please get in touch